Once again this year, we were involved in the organisation and promotion of the Historic Festival at Mondello Park. The main attraction was the re appearance of the iconic Guinness March F1 car. Billed as the most “Irish” F1 car ever, it had been demonstrated at the Kildare circuit back in 1981, when Daly raced it in the World Championship.

Initial contact with Guinness sadly suggested that they didn’t have an interest in hosting the car there ahead of the event. Typically though, we didn’t just leave it there. We decided to get up extra early and bring the car there anyway. Sure who doesn’t like a bit of Guerilla style marketing? 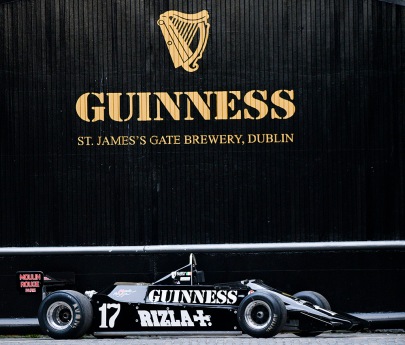 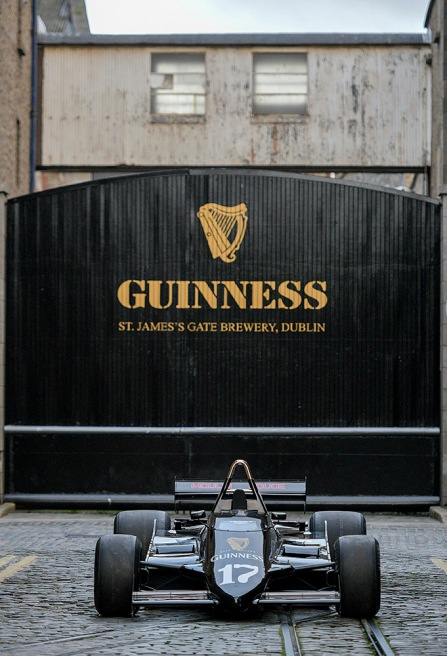 Teaming up, as ever, with the excellent Michael Chester, we arrived at the famous James Gate location before 5am in the morning.  Predictably, the car looked amazing and equally predictably, Michael captured the moment to perfection. Once we had the shots, we loaded up and headed to Virgin Media TV, where we had arranged for Derek Daly to meet us and star on the Ireland AM show, alongside his old F1 car! Derek, as one would expect, ticked all the boxes, mentioning John, the Historic Festival and the fact that those driving Minis would be allowed into the event for free.

One would think that would be enough promotion for one day but we were only getting going. We loaded up again, this time headed to our friends at Kylemore Karting to meet up with a team from Crumlin Chiildren’s Hospital. John was diagnosed with Leukemia just 8 months ago and we were keen to show some of the wonderful children and their families that, having received treatment, he was going to drive an F1 car at Mondello Park just two days later! 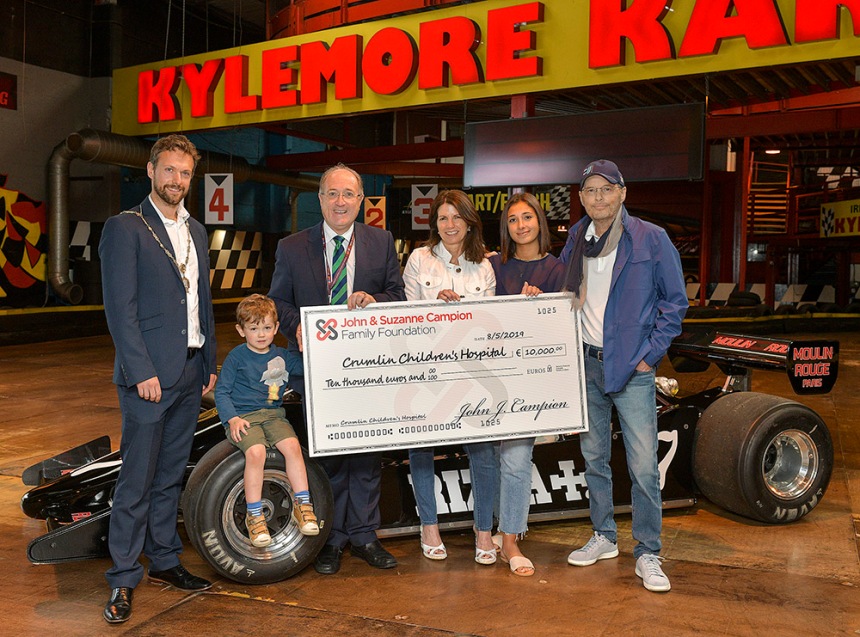 We also arranged for Councillor Michael Watters to meet us there, representing the Lord Mayor, and Chester got some more superb shots of John and his family presenting the Hospital with a cheque for €10,000. Once this was all over and we had dispatched the F1 car to Mondello, it was time to have some fun, and the team all enjoyed some well earned refreshments and of course a quick spin in the karts!

Some days at LNP are definitely more exciting than others. Just for a bit of fun, before we left St James Gate, we grabbed Chester’s camera and gave him a taste of his own medicine, with surprisingly good results….. 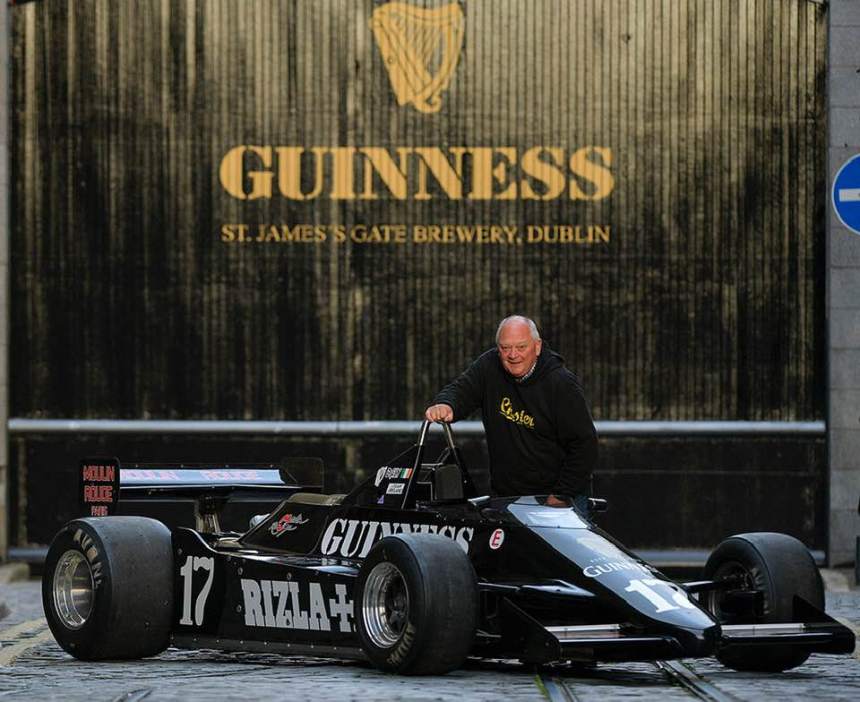