LNP Brokers Deal for Tommy Byrne to Return to Mondello Park- in a F1 Car!

We were contracted by Mondello Park to help with the organisation and promotion of thir 2018 Historic Festival. The event celebrates 50 years since the circuit opened and also the life of circuit owner Martin Birrane, who sadly passed away recently.

Early on, it was decided that anyone arriving in a classic, or on a classic bike, would not pay admission- and also would have their own specific parking area. Similarly, anyone in 60s or 70s period attire would not have to pay. A gin and whiskey bar would be set up by Glendalough Distillery and there would be some live music.

In addition, we invited as many of the drivers from the 70s and 80s we could contact and invited them down to the event. We also contacted people with cars relevant to the circuit’s history and offered them the opportunity to do some demonstration laps. This has received a huge reaction and there is expected to be a reunion of many Mondello characters on the Sunday of the meeting as a result.

Contact was made with Tommy Byrne and he said he would love to come to the event- it is the circuit that started his career over 40 years ago. After a bit of negotiation, the deal was done. Tommy will not only attend the event, he will drive the ex James Hunt Hesketh F1 car on the day. Better again, it is not a demonstration run, the star of the Crash and Burn film will race the car against the regulars in the Derek Bell Trophy class, who are visiting the event from the UK.

Big thanks to Roddy Greene from Mondello Park, James Hagan, who owns the Hesketh and of course Tommy Byrne himself! 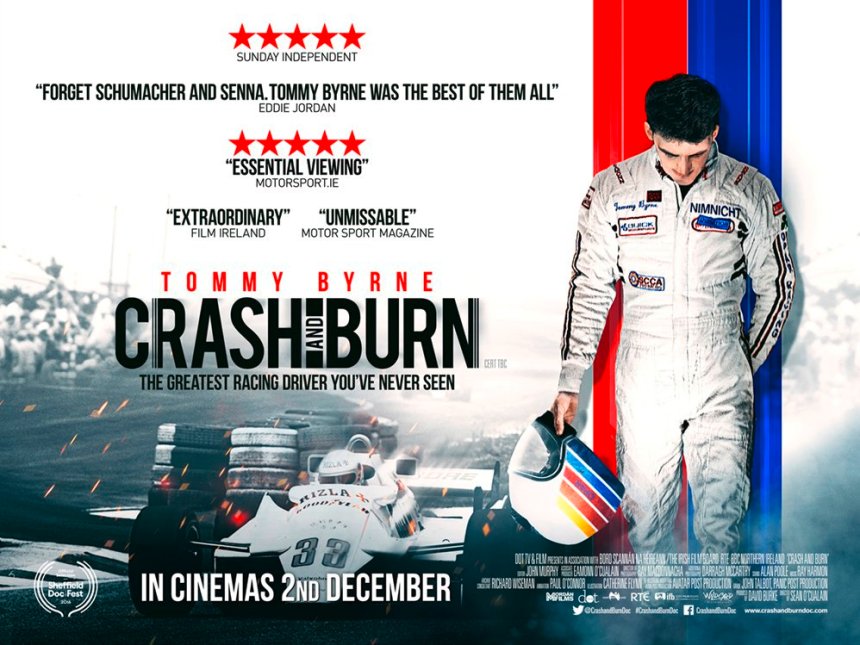